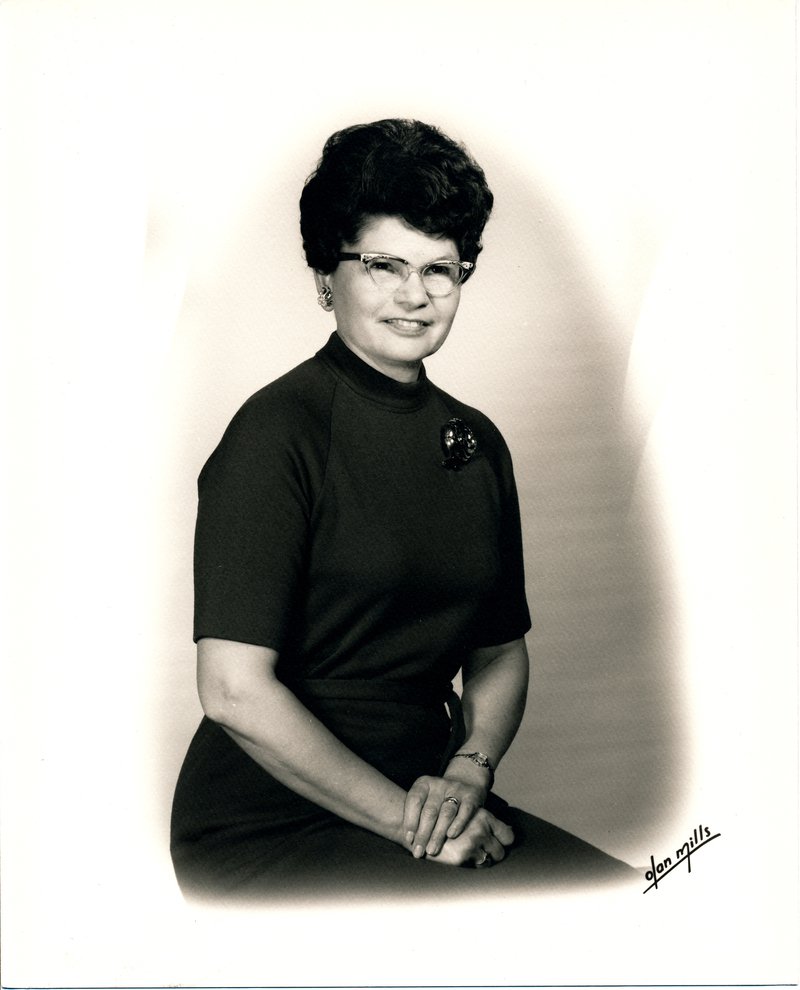 Hazel Butz Carruth graduated from Taylor in 1938 with a degree in Education, then returned to the university to teach English from 1947 to 1979 (with a leave period from 1950 to 1955 to earn her PhD). In 1956, she was appointed chair of the English Department and the Division of Language and Literature, which she held until her retirement in 1978. Under her leadership, the English Department saw major growth as Carruth worked to foster an environment of teamwork and academic rigor among faculty and students alike. The 1962 yearbook, dedicated to her honor, states: “To us [students] Dr. Hazel Butz exemplifies the unusual combination of simple Christian consecration, superior academic standards, and sincere warmth of personality . . . We will remember her as the final campus authority on grammatical usage, as the finder of penalty errors in our themes, as the wearer of lilac, as the one whose class not to cut—as the epitome of our ideal professor.”