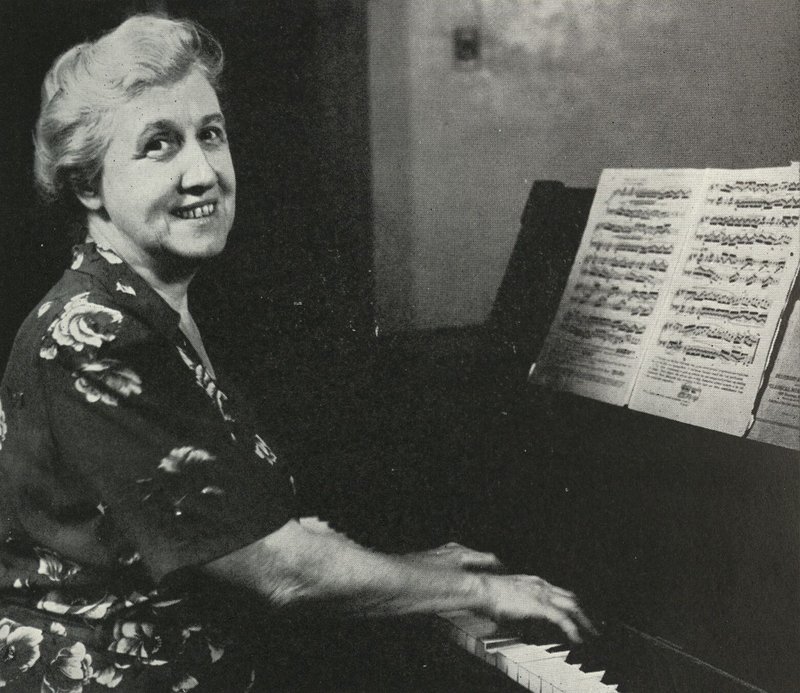 Theodora Bothwell was a professor of piano and organ at Taylor University from 1923 to 1954. During the majority of her time at Taylor, she also served in various administrative roles, first as the director of the Music School, then beginning in 1939 as the chair of the Fine Arts Division. Bothwell often led chapel worship, and she was also well-known on campus for her love of nature, knowledge of a broad array of topics, and frequent walks with her dog, Ebenezer. The 1948 yearbook was dedicated to her “[b]ecause she has done more than any other individual in making a cultural contribution to the campus and to the hundreds who have passed through her studio; because of the zeal and enthusiasm which she has shown in her work; because of the high esteem in which she is held by those who known and work with her.”