H. Maria Wright Hall, also known as “Old Main,” was the first building constructed on the Upland campus after Taylor’s relocation from Fort Wayne in 1893. Its bricks were made with clay from the area. The building was named in honor of the woman who donated $1,000 in 1893 for the building’s original construction. The building's prominent tower was the symbol of Taylor University for almost 67 years. Its importance can be seen not only through its representation featured on many Taylor University documents, but also the mention of the building’s tower within the first few lines of the Taylor Song, "Up beyond the village border / Pointing in the air / Stand her towers seen far distant / When the day is fair".

The bell in H. Maria Wright's tower served as a pulse for the campus. Beyond marking mealtimes, classes, and curfew, it also rang when Taylor received accreditation in 1947, in honor of campus births and deaths, and signaled the end of both World Wars. The clapper from the bell is housed in Taylor’s Ringenberg Archives & Special Collections. The building was destroyed on January 16, 1960, when a fire broke out in the northeast corner of the ground floor chemistry lab. Though multiple fire departments battled the inferno, the lack of water pressure presented an insurmountable challenge. To this day, the memory and legacy of H. Maria Wright lives on through archival documents, stories from alumni, and photographs.

This gallery is an approximate chronological review of the life of H. Maria Wright Hall and its role in Taylor's story.

Click on the first image to begin and click on the arrows on the images to browse the gallery. 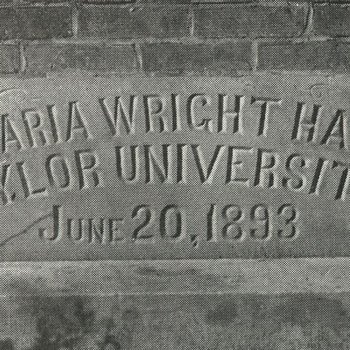 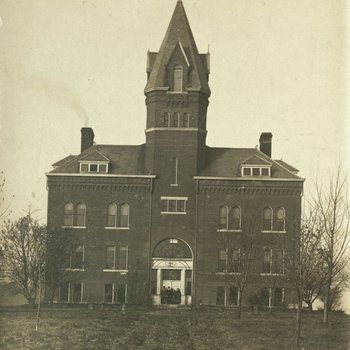 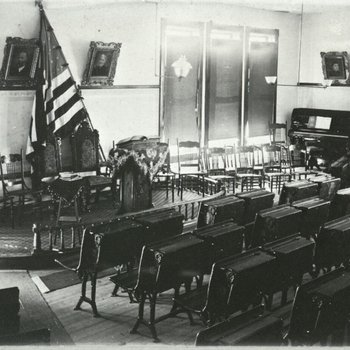 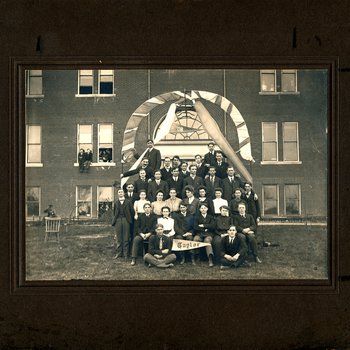 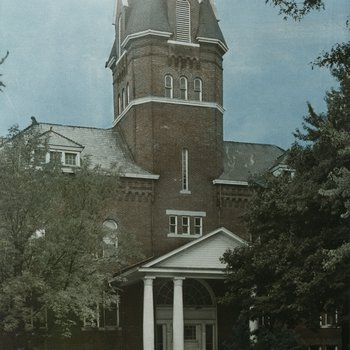 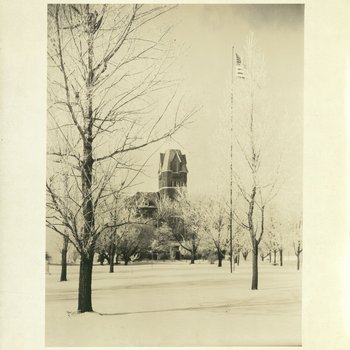 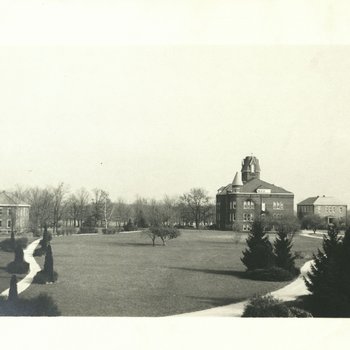 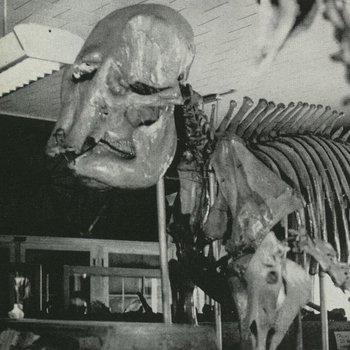 Mastodon in the Walker Museum 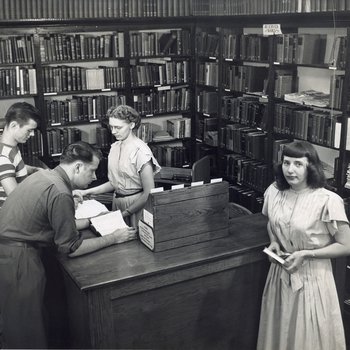 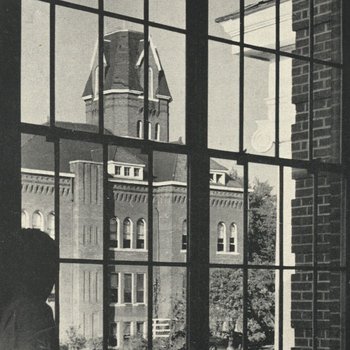 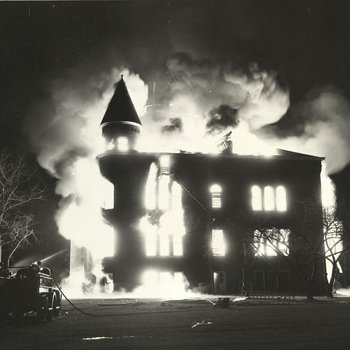 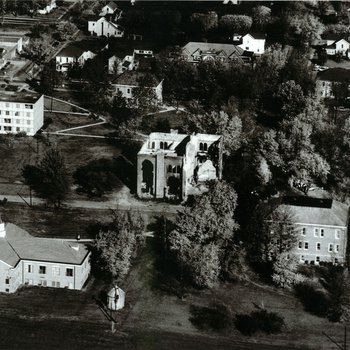