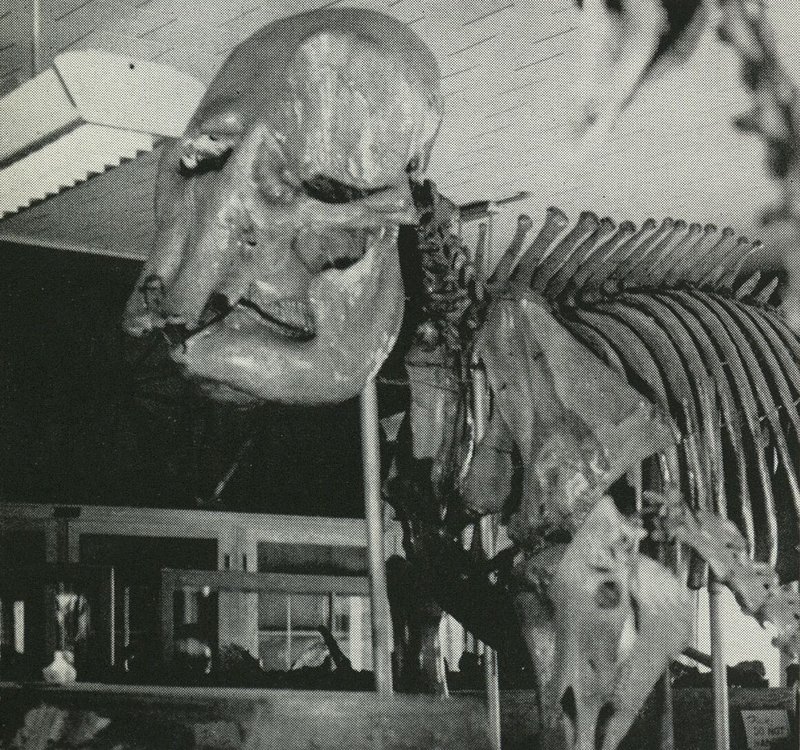 This photograph, published in the 1957 Gem, was taken inside the building’s Walker Museum and features the mastodon skeleton discovered three miles from campus by a local farmer. Biology professor Dr. John Furbay led 35 Taylor students in unearthing the skeleton and bringing it to Taylor to display. Walker Museum featured skeletons of other animals—including a bat, lion, and llama, which were used in zoology courses—and it also housed various minerals, fossils, and ores, as well as African artifacts donated by John C. Wengatz (1909).

Mastodon in the Walker Museum